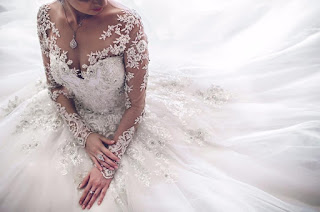 
Gülhane Park (The Rosehouse Park) is the oldest and one of the largest public parks in Istanbul. It’s located just outside of the western walls of Topkapi Palace and Hagia Sophia was opened to the public in 1912.
Although it’s only a few minutes walk from the hubbub of Sultanahmet square, it feels intimate and tranquil.

Families, friends, and couples of all ages come here to take a stroll, enjoy a picnic, or just laze about in the grass.

The large numerous plane trees provide plenty of shade on hot summer days. Luscious flower beds line the main path and are strewn throughout the park. Curving cobblestone paths snake through the grass. There are always a few groundskeepers preening and planting to keep the spectacular array of flowers in exquisite condition. At the entrances to the park, vendors sell peanuts, popcorn, and other snacks.

The large numerous plane trees provide plenty of shade on hot summer days. Luscious flower beds line the main path and are strewn throughout the park. Curving cobblestone paths snake through the grass. There are always a few groundskeepers preening and planting to keep the spectacular array of flowers in exquisite condition. At the entrances to the park, vendors sell peanuts, popcorn, and other snacks.

Be sure to stop by the tea gardens at the North end of the park and take in the superb view of the Bosphorus and the Marmara Sea.

The park features the Museum of The History of Science and Technology in Islam.
Posted by Istanbul Turkey Guide at 2:57 PM No comments:


Galata Mevlevihanesi, the first Mawlawi (Whirling Dervish) lodge was built in 1491 in Istanbul. Today the property is a museum dedicated to the life and history of Whirling Dervishes. The building was heavily damaged by an earthquake in 1509, but later repaired and renovated into a complex of buildings. In 1765 it was again destroyed, but this time by fire. The oldest surviving property is the Hasan Agha Fountain (1649).

The first room in the museum is the Serna Hall. It’s here that the Whirling Dervishes perform the Serna Ritual, a type of physically active medication. In this worship ceremony 'dervishes’ aspire to reach the source of all perfection, known as ‘kemal’. To do so, Mevlevimust abandon their egos and personal desires. There are rooms on the upper floor of the Serna Hall devoted to calligraphy, Ebru (a type of marbling), antique Janissary instruments, and a physiognomy of the Prophet Muhammad (1853 AD).

In the past, foreign visitors needed special permission to enter mosques and other holy places. As these restrictions didn’t apply at the Mawlawi Lodge, the visitors spent a lot of time with the dervishes. There was even a special balcony reserved for them. Danish writer, Hans Christian Andersen, was one of many noteworthy people to visit the hall.

Don’t forget to check out the basement. That’s where you’ll find an extensive and fascinating exhibit that covers all aspects of Mawlawi life. This floor is divided into different rooms dedicated to study, literature, prayer, music, costumes, fine arts, and food preparation. Some rooms include realistic wax Mawlawi models clothed in full garb.

In 1925 at the start of the new Turkish Republic (Turkey), the Mevlevi Orderwas outlawed and the Mawlawi House, along with other dervish lodges, hospices, and shrines, ceased to function. It was then converted into an elementary school. In 1975 it was opened as the "Divan Literature Museum". Between 2005-2009 The Serna House was restored. If you have time, take a stroll around the garden surrounding the lodge. There are a variety of trees, plants, and a dozen or so benches.

The audio guide for the museum is thorough and features video segments and photos on its screen. The placards generously placed throughout the museum offer detailed information.

A large portion of the mosque is roped off for those wishing to pray. The area for tourists is comparatively small, but there’s still enough space for photo opportunities. You won't need a lot of time to enjoy the Blue Mosque and, frankly, you won’t get it, as there is a constant stream of tourists wishing to enter.

The courtyard of Sultan Ahmet is open all day, including prayer times. It’s approximately the same size as the mosque and is surrounded by a stunning vaulted arcade, with a small hexagonal fountain in the centre. The ground is paved with large uneven stone slabs that occasionally tilt underneath the weight of passing tourists. The perimeter is lined with stone steps which are the perfect place to have a quick rest or wait for the mosque to open.

In addition to its architecture, the museum is world renowned for its well-preserved mosaics, completed under the reign of Emperor Justin II (565-578], These elaborate mosaics depict the Virgin Mary, Christ, saints, emperors, and empresses.

In 1935, the first Turkish President and founder of the Republic of Turkey, Mustafa Kemal Atatürk, transformed the building into a museum. Today, it is strictly prohibited to use Hagia Sophia as a place of worship.

Upon entering Hagia Sophia, you'll hear the sounds of camera shutters and the constant chatter of visitors reverberate throughout the museum. Every direction you turn, you'll see delicate and masterful detailing and artwork. Parts of Hagia Sophia’s painted ceilings are chipped and faded, but it doesn't diminish the museum's enduring beauty.


The interior design and architecture of Beylerbeyi are a combination of Western and Eastern styles, whereas the layout of the palace has the characteristics of a traditional Turkish house, complete with a harem and mabeyn (state apartments] section. Its schema is made of three parts: the Sultan’s bedroom apartment, the Imperial Mabeyn, and the Valide Sultan’s apartment.

The main Elements, belonging to the sultan’s wives and favorites, was constructed apart from the main building and unfortunately no longer exists.The facade of the Imperial Mabeyn exhibits an apparent Neo-baroque design.

Other indoor arrangements in the palace are shaped in diverse patterns. Sultan Abdulaziz’s infatuation for all things nautical is apparent in the decorations, art, and details throughout the palace. Frescos of ships on treaturous waters, naval themed candle sticks, and even carved sailing knot window frames can be seen.
Posted by Istanbul Turkey Guide at 11:23 PM 1 comment: